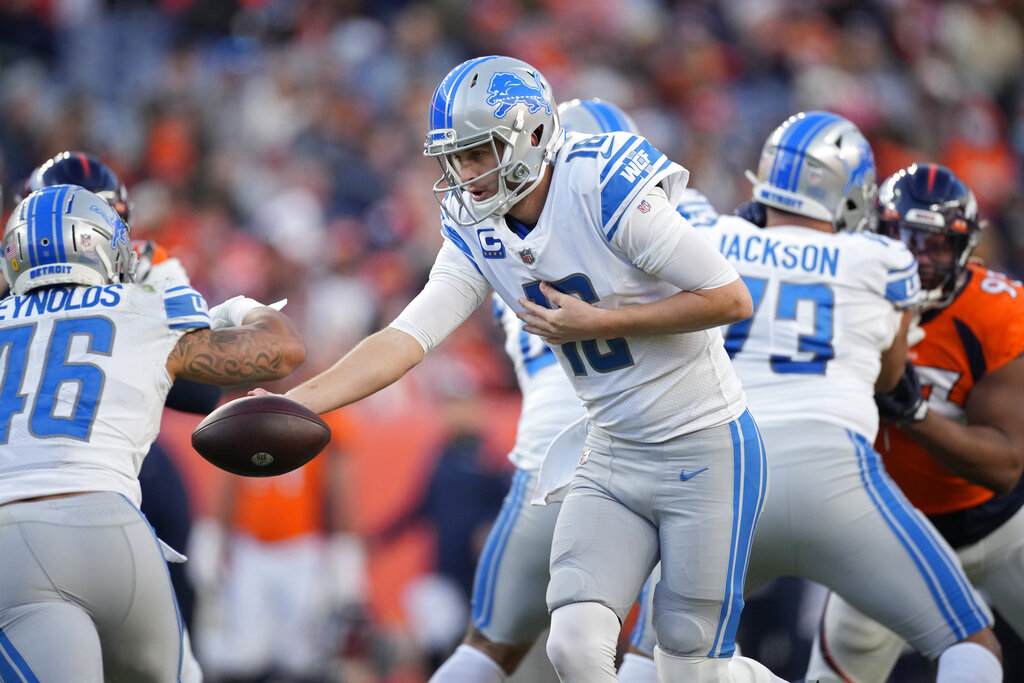 Tough roster decisions ahead for Lions leadership – the Oakland Press

Naturally, most of the questions in this week’s mailbag revolve around how the team can improve during the offseason. Let’s get started.

What do you think of Jared Goff starting a full season next year? Plus, is it too early to start watching QBs in next year’s draft? – @ halljor02

Responnse: Due to his contract, Goff is pretty much a roster lock next season. Also, I don’t think the Lions staff have any intention of trying to leave Goff after just one season, more with limited talent around him. As for next season, this is only the second year of a rebuild. Goff as a starter isn’t the worst thing in the world, especially if he can play more like he has in his last outings. I still believe Goff is a replaceable level quarterback who will eventually require an upgrade in this role. However, given the weaker quarterback’s draft class, the Lions are unlikely to find a quarterback who would be an instant starter on the incumbent.

It’s always fair to assess quarterbacks in the draft, but the Lions shouldn’t be looking for a flagman either. Unfortunately, quarterbacks are often overwritten due to the importance of the position. Holmes and Campbell aren’t close to hitting the need spots, considering all the holes still on the roster. Obviously, if a good quarterback prospect slips into the Lions, go ahead and take your chance. Keep in mind, however, that the likelihood of finding a legitimate starter and hitting a QB halfway through is slim to zero. Yes, there are exceptions. But, more often than not, they become nothing more than a backup grade drive. You can often find solid starters on day two and even day three in other places – which Lions desperately need.

With Anthony Lynn and Dan Campbell, what happened to the cause of the quarrel? Was it distracting? And do you see a whole new team of offensive coaches next year? Are there other coaching moves you see / predict? – @DrHarleymd

A: It is difficult to determine exactly what happened in between to cause the “fall”. Without any inside information, I don’t want to speculate too much. I will say this, I think both sides behaved very professionally, given the delicate situation.

Overall, the demotion of the play appeal really doesn’t look like much for Lynn’s chances of returning next year. This does not mean, however, that the other offensive coaches will not be selected. In fact, it looks like the rest of the offensive coaches did a pretty admirable job. Offensive line coach Hank Fraley, quarterbacks coach Mark Brunell, assistant head coach / running backs coach Duce Staley and receivers coach Antwaan Randle El should all be brought back.

Not to mention, tight ends coach Ben Johnson has been given a bigger role in the passing game, an area that has improved dramatically over the past month. I was pretty critical of Dan Campbell as a host when he first took on this role.

Recently the offense has seemed a lot more balanced and has had more explosive games. It looks like a lot of credit has gone to Johnson. If I were to predict a new offensive coordinator for next season, Johnson seems like a logical internal candidate.

As far as other coaches go, I don’t think there will be much change unless another team debauch some of the promising Lions staff.

Will Josh Reynolds be the WR1 next year? – @HrmorelsHarold

A: Reynolds has been a nice addition in season this year. Either way, I don’t believe he’s a true No.1 wide receiver, and I say that as someone who loved Reynolds entering the NFL and was also a Lions signing free agency defender. This year.

For me, Reynolds can be a decent second outside receiver. He has shown that he can produce when given the opportunity. However, this is not necessarily someone for whom opponents should plan their game. A true top wideout demands special attention, and that’s not Reynolds.

It’s also important to note that Reynolds is a free agent after this year. It sure looks like Reynolds would like to come back if possible, and I think the Lions would be wise to try and get him back at the right price.

The Lions will likely add at least one more wide outside in the draft or free agency to team up with Amon-Ra St. Brown operating primarily outside the slot. I would more than agree with St. Brown on the inside, with Reynolds and an offseason acquisition as starting receivers for next season. Add tight end TJ Hockenson and running back D’Andre Swift, and the Lions could have a very formidable pass-detection unit in 2022.

There’s a lot of talk about improving the roster’s talent, especially in defense. There are also a lot of hard-working young players that coaches love on defense. What “hard knocks” do you foresee in the defense of the Lions, in order to attract more talent? – @KyleGaydos

A: The Lions have had a lot of young guys lately. This is a good thing. Nonetheless, as you mentioned, Holmes needs to continue to attract talent to improve the squad. Considering the amount of draft picks and the cap space the Lions will have, there are bound to be some nice players kicked out of the roster.

They might not be cups, but the Lions have quite a few veteran free agents that Holmes will have to decide whether or not to bring back. These players include Charles Harris, who could be relegated to a reserve role next season, Alex Anzalone, Jalen Reeves-Maybin, Josh Reynolds, Tracy Walker and Nick Williams.

If I were to predict tough decisions next season, I’d consider defensive tackle John Penisini and running back Jermar Jefferson, as well as passer Austin Bryant and Julian Okwara, as potential players on the roster for 2022.

However, a lot can change depending on free agency and how the project unfolds.

What is your receiver that you want to get? Do you think it’s better to take one with the Rams pick or go get some safety with that pick and use the first pick of the second on a receiver? – @Mbaumgarten_

A: I’ll preach that until draft day: The Lions should draft the best player available, regardless of almost any position. They just need talent wherever they can get it at this point. So to answer your question, I’m good with either route, depending on who’s available.

However, the wide receiver is one of those positions that can be found in most towers, à la St. Brown. At this point, it looks like the Lions’ second round first pick could be a good place to land a high-end future, and the same goes for the safe position. Both spots could use a little more talent.

If any of the Ohio State receivers (Chris Olave and Garrett Wilson), Treylon Burks, Drake London or Jameson Williams are available for the Lions at the end of the first round, it looks like they would be a good match. value for money, at least from now on. It’s really hard to predict who will be the best player available, with so much time until the draft.

This article was produced by the staff of Sports Illustrated / All Lions. For more information, visit si.com/nfl/lions.

Management rotations let us guess in 2021