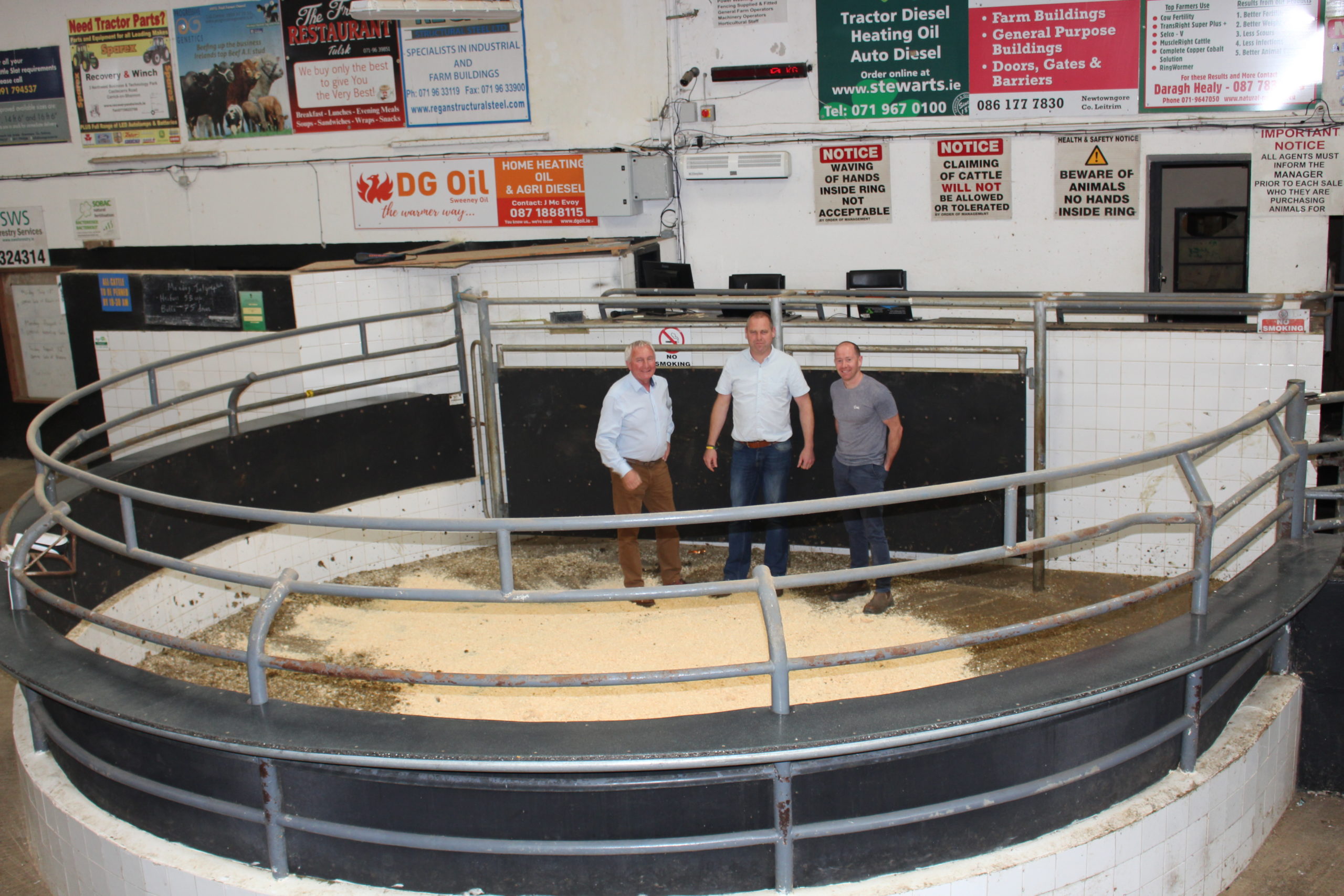 Elphin Livestock Mart in County Roscommon has confirmed it has recently appointed a new assistant manager.

Ciaran Lynch, from Croghan, has been heavily involved with the market for the past four years as a member of the board and currently serves as market secretary.

The married father of three previously worked in sales in the construction and automotive industries and continues to run a beef farm from home.

Elphin Mart manager Kevin Caslin, who is also from Roscommon, welcomed Lynch to his new role and said he looked forward to working closely with him over the next few years.

“I am delighted to be appointed Deputy Manager of Elphin Livestock Mart, the country’s premier livestock market and very much look forward to working with Kevin, our Market Manager and all of Elphin’s staff and loyal customers.

“I hope to play an important role in continuing to build on Elphin’s reputation as a supplier of premium cattle and sheep to the island of Ireland and beyond.”

“Elphin has proudly served farmers in Roscommon and beyond since 1961. Our market continues to play a leading role in providing quality, nutrient-dense Irish beef to feed consumers at home and around the world.

“Ciaran and our recently appointed Market Director, Kevin Caslin, will both play a key role in ensuring that future market strategy is relevant and aligned with the needs of our shareholders, our customers and our customers’ customers in a rapidly changing world,” says Donohue.

“The Elphin Mart Board of Directors recently hosted a retirement event to thank outgoing store manager Gerry Connellan; outgoing secretary, Carmelita Caslin and outgoing president, Pat Dockery, for their outstanding work, commitment and drive over the past few years,” he continued.

“We wish Gerry, Carmelita and Pat good luck and thank them for their excellent work. The board also welcomes our two newest members, Sean Moran and Martin Travers,” concluded Donohue.

Market sales increased by 5% and 40% for cattle and sheep, respectively, compared to 2020.

Livestock sales to Northern Ireland are up 50% from 2020.