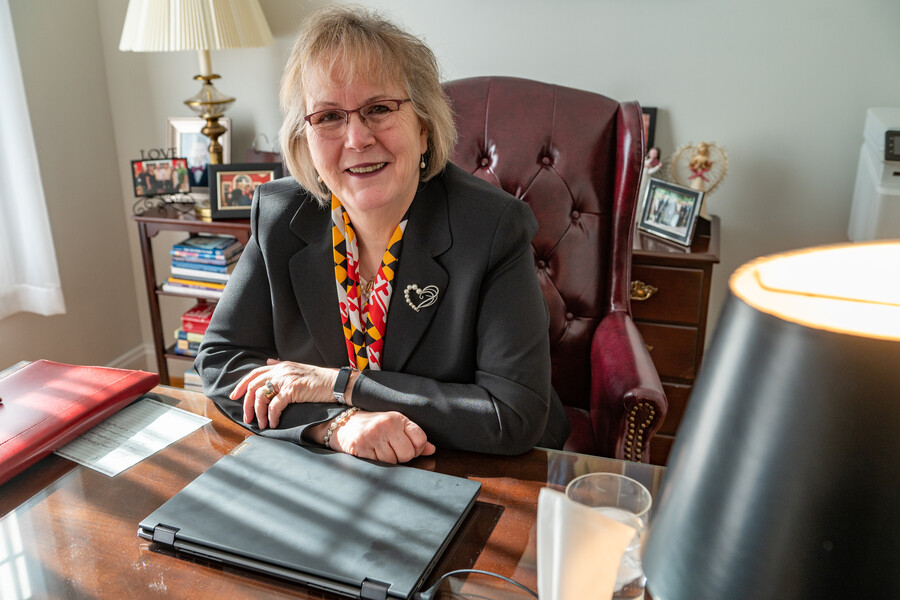 When the economic fallout from the pandemic was at its worst, Kathy Smith was ready to help.

A parishioner of Sacred Heart in Glyndon, Smith knew members of her Baltimore County congregation could struggle as people — especially in the service industry — lost their jobs or had reduced hours.

“So she put together a bunch of people who have different specialties in resume writing or interviewing or those things and put together a team that could help somebody if they wanted help applying for jobs. “, said Father Gerard Francik, pastor.

“She loves her faith. She is on fire with faith. She and (her husband) see their role here at Sacred Heart as trying to get the message of Jesus to the world,” he said.

Father Francik said the program known as St. Joseph’s Ministry is just the latest example of Smith’s determination and ingenuity. Although the economic situation is improving, Smith plans to continue St. Joseph’s ministry to help parishioners advance in their careers, especially those in low-wage jobs who want to move into other roles.

“These are tough times and people often don’t have the resources available to know where to start. ‘What do I do? How can I even write a resume? Do I have a resume? “, did she say.

“Reputable charities are compromised when scammers are out there scamming hard-earned money from unsuspecting donors,” Smith said. “So what we’re doing is essential because it’s for the protection of the public.”

Yet, Smith said, when investigating people who break charity and notary regulations, she always keeps the Catholic principle of mercy in mind.

She said she always investigates thoroughly during her hearings to separate bad actors from people who failed to do their due diligence and were ignorant of the law.

“It’s acknowledging that each of us makes mistakes,” she said. “It’s understanding the redemptive suffering and mercy that (God) shows us that really informs the way I approach these situations. It’s essential to have the opportunity to show mercy and show grace and to offer grace.”

A native of Long Island, NY, Smith holds a master’s degree from Johns Hopkins University in Baltimore and a bachelor’s degree from the University of Notre Dame of Maryland in Baltimore. She and her husband, Joseph Smith, former human relations officer for the Archdiocese of Baltimore, have five children and seven grandchildren.

Prior to her role with the state, she worked for years serving nonprofit and healthcare organizations, including the National Blood Clot Alliance and the Capital Campaign Committee for the Little Sisters of the Poor.

She is also an Extraordinary Minister of Holy Communion and a Reader at the Sacred Heart.

“For me, faith is an invitation and a response,” she said. “God invites, we respond. The Blessed Mother responded in the most selfless way…surrendering herself completely. This is how I tried to live my life, serving God.