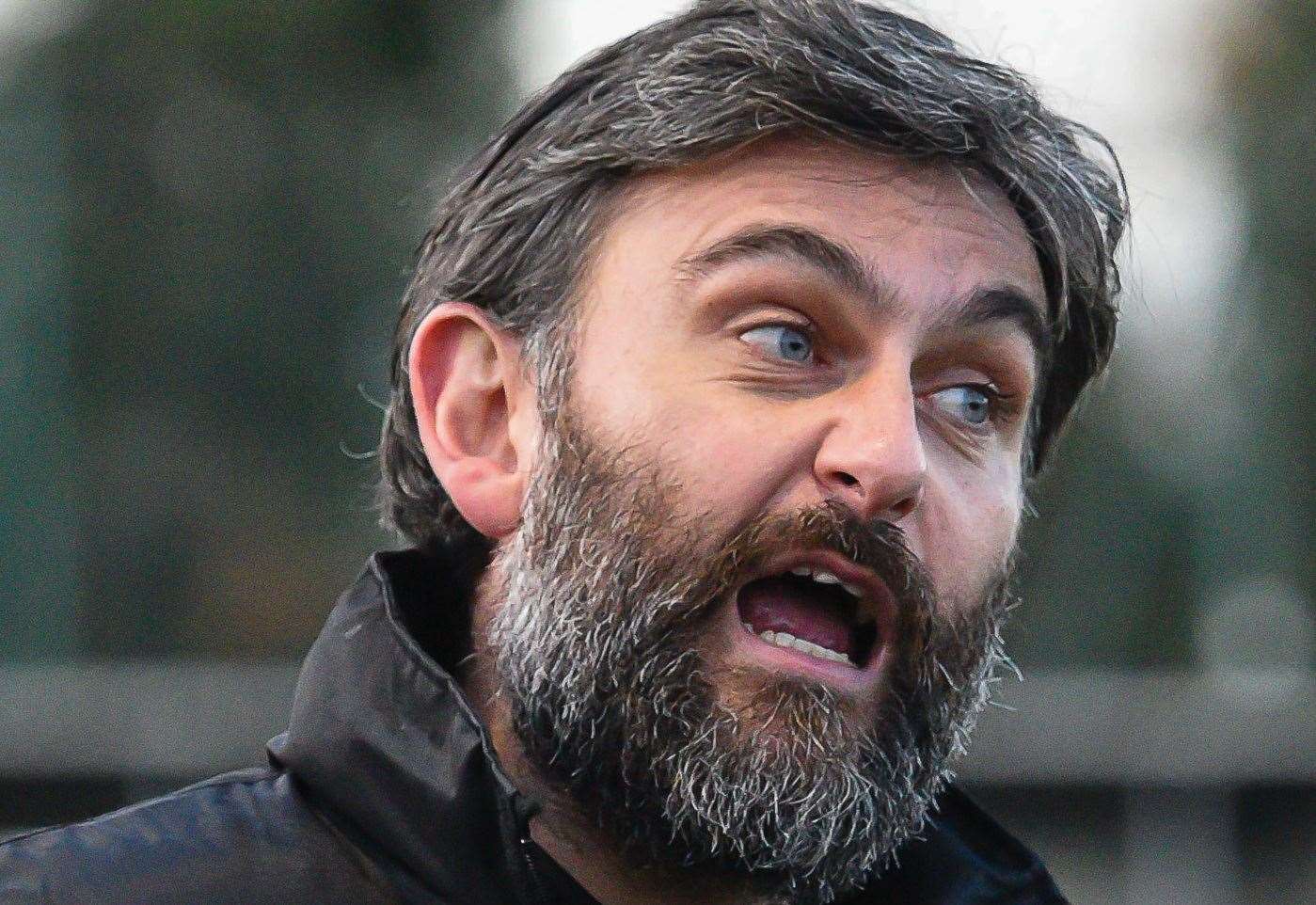 Lloyd Blackman enjoys life back in Margate as deputy manager

Lloyd Blackman admits the opportunity to return to football as Margate deputy manager came faster than he expected.

Blackman is a familiar face at Hartsdown Park and returned to the club last month – less than four weeks after stepping down as manager at Whitstable.

He was teammate with Margate boss Jay Saunders at Maidstone United and says the chance to reconnect with him was too good to turn down.

He said, “I love it, it’s fantastic. I didn’t expect to come back so soon, to be honest.

“I just got a phone call from Jay and Jay’s resume is there for everyone to see. It was something I never expected, but since I arrived the fans have been great, and the players want to learn and are willing to work hard.

“I hope I can add something to the party and bring something new to the table to help the players and the club.

“It’s my role and it’s a role I really enjoy right now.”

Former forward Blackman, now 38, is a former skipper of Gate.

“There are fans that I remember when I played here,” he added.

“It’s a great club. I’m just committed to my role, doing everything I can to help Jay and the players.

“I’m a little more out of the spotlight so to speak, and just trying to help the club as best I can.”

Margate is a steady climb in the Isthmian Premier standings, sitting just outside the playoffs in seventh, but suffered a setback on Saturday when he was knocked out of the FA Trophy, 3-2 at Needham Market.

After trailing 2-0 at half-time, goals from Vance Bola and Ben Greenhalgh equalized them before Needham leaders Hans Mpongo scored late in the game.

“We had a good chat with everyone at half-time but we probably left too much to do.

“We can’t put in a performance like we did in the first half, we made it difficult for ourselves.

“When we did 2-2 I thought we were the ones with the upper hand, but we got sore at the end and they scored.

“It was disappointing but there was some positive to be learned in the second half.”

Margate welcomes Bognor Regis to the league this Saturday and Blackman said: “We are expecting a reaction this weekend.

“There are parts of our game that we did well – this is something that we will continue to work on.

“We have a good group of guys, but we all know there are things we need to work on.”

Among Margate’s ranks is midfielder Sam Blackman – no connection to Lloyd – which has caused some confusion.

Lloyd said: “We both have the nickname ‘Blacky’ so it’s kinda confusing when someone yells ‘Blacky’ because we both turn our heads and look around!

“I got a few texts when Blacky scored recently, with people thinking I’m coming out of retirement.

“It’s just pure coincidence that we have the same last name.”

Margate is hopeful striker Daniel Thompson (ankle), who has not played at Needham Market, will be fit to come back against Bognor.

The club is also looking for a physiotherapist.

Read more: All the latest sports news from Kent