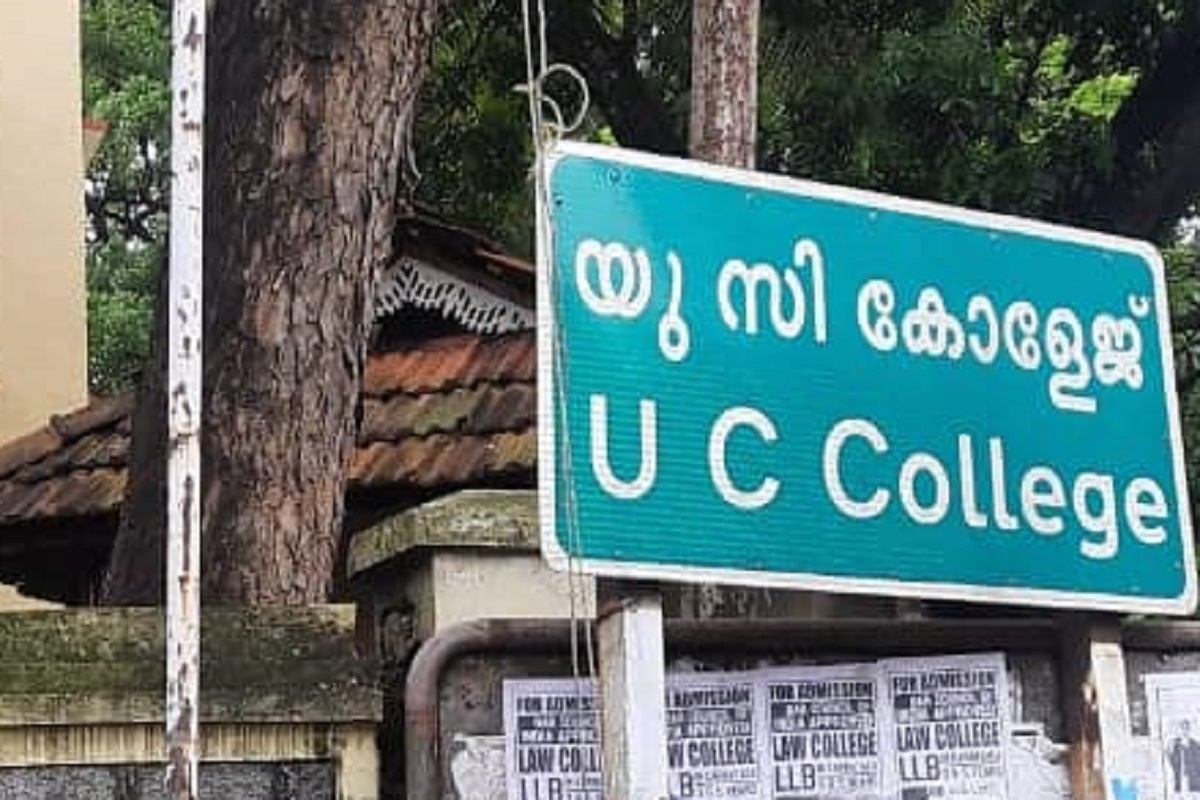 For current and former students of Aluva UC College, their fight is not only against the rigid rules of the hostel, but against management’s apathy towards them, especially in cases of sexual harassment.

In recent years, female students residing in five hostels at Union Christian College in Aluva, Kerala have struggled to reform the archaic rules of university hostels. The rules are misogynistic and illegal, say student organizations and residents of the hostels. In fact, in recent days, they have stepped up their demand, handing out leaflets and putting up posters around campus claiming the rules are anti-women.

From unrealistic curfews to having to submit numerous letters of consent, the students are questioning hostel rules, or “hostel discipline,” as the circular puts it. Although the rules apply to both male and female students, many say they are often only enforced for students, while they remain “on paper” for male residents.

In April 2019, the government of Kerala extended until 9:30 p.m. the curfew for women’s shelters attached to all public colleges. Being a government-funded college, the students demanded that UC College also adhere to the government-mandated curfew. Currently 6:00 p.m. is curfew for the UC College Women’s Hostel, while it is 6:30 p.m. for the Men’s Hostel. They can obtain an extension up to 21 hours after having requested the authorization of the director in the prescribed form, indicating the reason and the destination. However, many female students say the rules are waived for male residents and that they are still allowed to enter the hostel even after curfew time.

Mathrukam UCC, a female wing of the Federation of Students of India, distributed posters and leaflets against the regulation in hostels. Even for academic purposes, students are only allowed to go out late if they are accompanied by a teacher, guardian or parent, the students say.

For academic programs or weekend classes, students must obtain permission from the principal and submit a parental consent letter. The student must also submit a letter from the course director, indicating the nature and timing of the course, according to the regulations. They are also not allowed to leave the hostel with any visitor, other than parents or guardians.

Even to leave hostels on vacation, students claim they have to go through the headache of getting clearances. “We are not allowed to leave the hostel on weekends or on public holidays. We are allowed to go out on Saturday afternoon, for a few hours. The rest of the time we have to spend in the hostel. Come home for vacation, they text our parents as soon as we leave campus. Our parents will have to do the same, text shortly after we leave home for the hostel. We are not allowed to go. elsewhere after class, so we have to reach the hostel shortly after leaving the college building, ”says a college resident student.

“We have submitted petitions to the principal asking for a reform of the rules. But no action has yet been taken,” said Tessa, another student at the college. She further adds: “Imagine not being allowed to leave the hostel on public holidays.”

Complaints of sexual harassment are ignored

For current and former college students, their fight is not just against the rigid rules of the hostel, but against management’s apathy towards them, especially in cases of sexual harassment, where their allegations are. swept aside as mere “misunderstandings”. “And they have used every platform and every opportunity possible to highlight and question the callous attitude of UC College management towards female students.

On November 11 this year, Mileena Shaji, a bachelor’s degree student in history who obtained first rank from Mahatma Gandhi University, even rejected the Sri K Narayana Menon Memorial Award given by the university for her apathy towards women. .

Just seven months before Mileena rejected the award, a former college student claimed she was sexually harassed by an English department teacher. About 200 alumni of the college had sent a letter to the principal in support of the survivor and also specifying many such experiences at the hands of the teacher, who incidentally is the winner of the Kerala State Film Award for his book.

Although the administration removed the teacher from the post of Head of Department (HoD), he continued to teach at the college, facing no action. Moreover, an internal investigation into the allegations gave him a good word, saying that the complaints about the teacher’s behavior stemmed from a “misunderstanding” and that he would try to remedy them.

“We remember that a sexual predator who traumatized many female students still holds a respectable teaching position at the college. We remember how the internal committee (formerly known as the internal complaints committee) dismissed complaints about (a teacher’s daughter) on campus. We remember the hostel rules which are utterly oppressive and shockingly sexist. We also remember how the CI totally ignored our concerns and always sided with the oppressor, ”Mileena wrote in a letter to the principal, rejecting her award.

In her letter, Mileena refers to an incident in which a college assistant professor raised a serious allegation against college officials, stating that the latter took no action against a final year student who was wrong. driving with her 13 year old daughter. on the college campus.

“Should we be raising a potential rapist,The assistant professor asked in a Facebook post. The incident happened on March 17, 2021. “No one can be justified in making an obscene comment when looking at the body of a 13-year-old girl. It has been 10 days since I filed the complaint (with authorities). No action was taken. In addition, the silence of the college teachers, except a few, was as expected. Many do not even find this to be a problem, “he wrote. the teacher.

However, a few months later, the IC released its findings on the harassment of a 13-year-old girl on campus. Papicha, an Instagram page opened by former UC College students to protest the college, alleged that the IC report said the 13-year-old “misunderstood” the friendly speech from the senior student in her final year and “it was her imagination.”

“It is quite alarming that ‘misunderstandings’ only happen to women who complain,” Papicha responded to the ICC report.

No students on IC

According to the guidelines of the University Grants Commission (UGC), all universities must have an IC to deal with sexual harassment, and these committees should have staff and students as members.

“I studied in college from 2014 to 2017, and we had never heard of an IC in college, although they claimed it has been around since 2013. They never advertise, never organize workshops nor give awareness about IC. Also, according to rules, IC should have a student representative, but there are no students on it even today. As a result, students don’t know where to complain or who to contact, ”explains Malavika, a former college student.