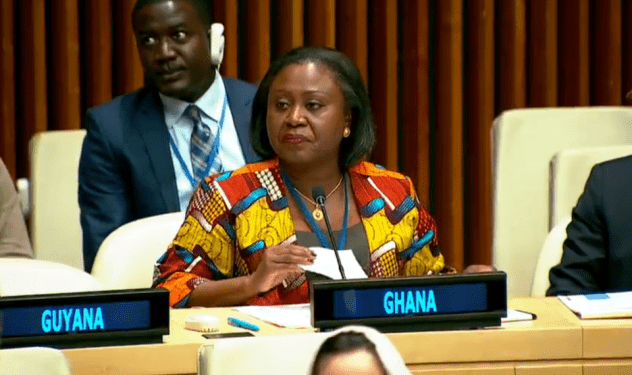 A career diplomat, Ms. Pobee brings more than 30 years of experience in international affairs and diplomacy to her Department of Foreign Affairs. Currently Director General of the Ministry of Foreign Affairs and Regional Integration, she was previously Ambassador and Permanent Representative of Ghana to the United Nations from 2015 to 2020.

Ms. Pobee was previously Deputy Head of Mission and Chargé d’affaires at the Ghana High Commission in Pretoria (2012 to 2015), Director of the Office of Information and Public Affairs at the Ministry of Foreign Affairs (2010 to 2012) and Chief of Chancellery at the Embassy of Ghana in Washington, DC (2006-2010).

She was acting director of the human resources and administration departments (2006) and information, culture and linguistics (2004 to 2006).

A graduate of the University of Ghana, Ms. Pobee also holds an MA in Development Studies with a specialization in Women and Development from The Hague Institute for Social Studies.

Closing remarks by Assistant Secretary-General for Humanitarian Affairs and Deputy…