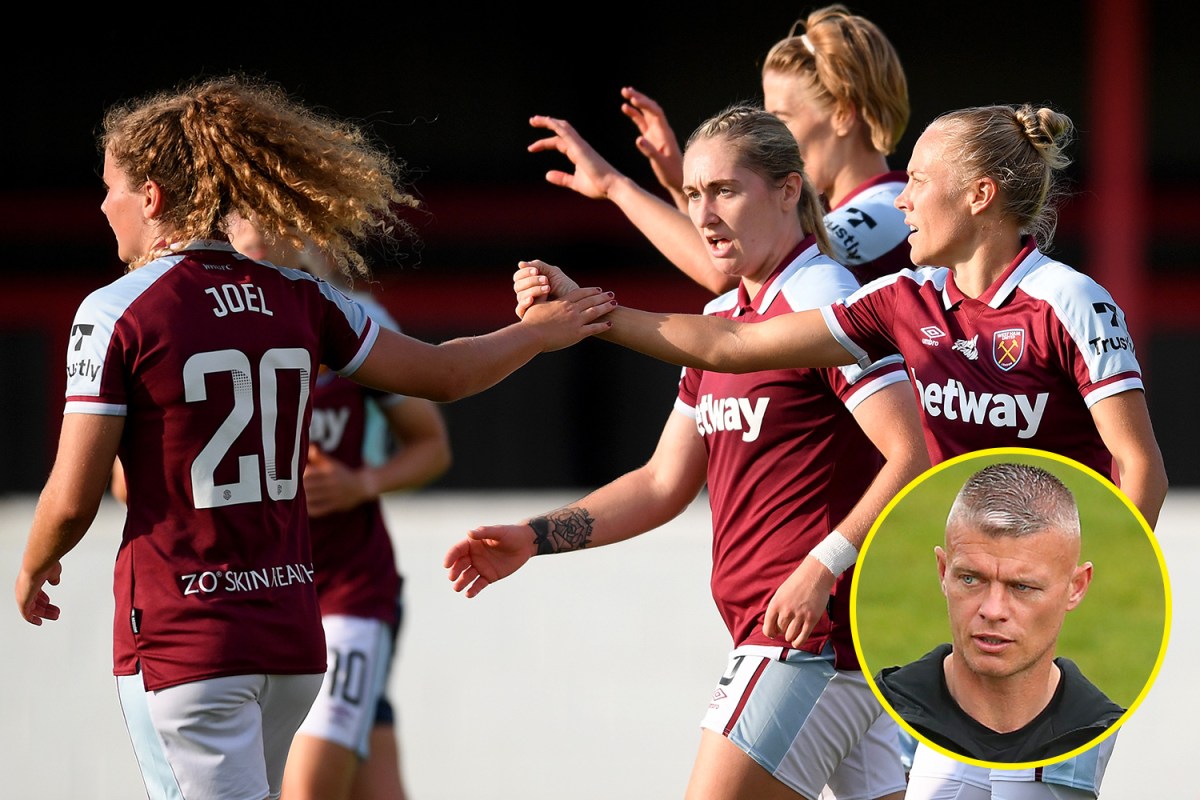 Paul Konchesky enjoys life in his new role as deputy manager of West Ham Women and hopes he can help them move up the women’s Super League rankings.

He was made a permanent appointment this summer, having spent six months working with boss Olli Harder last season.

Previously, former Liverpool and Fulham left-back Konchesky had worked in the Hammers youth squad as a coach and also served as assistant manager at Billericay Town, where he worked alongside Jamie O’Hara, from talkSPORT.

Now, the former England international hopes to pass on his experience to the women’s team and is delighted to have an official coaching position at his childhood club.

Speaking exclusively to talkSPORT, Konchesky said, “I love it. It’s obviously very different to be involved with men, but I really like it.

“I am on the grass every day and hope to give girls the experience I have and the knowledge I have gained in my career from an early age.

“Even now you continue to learn, although I have played football a lot in my career and learned a lot from different managers, different players and different coaches.

“This club means a lot to me. I grew up as a West Ham fan when I was a kid years ago and I was behind the North Bank watching and supporting my team.

“I had the chance to play for the club and to qualify for the cup final, which for me was one of the best things I have been able to accomplish in my career.

“I have coached at the club where I have been involved with the club for two or three years now, but to be back on the field on the management side is another dream come true.

“I know a lot of people say, ‘You are with the women’, but I think women’s football is only going one way now and I hope that one day it gets as big as the men’s. [football].

“Not just myself, but a lot of people are going to start pushing women’s football and getting people to try and watch.”

Last season was a grueling one on the pitch for West Ham, with the team struggling on the wrong side of the WSL for much of the season, but Harder’s appointment as manager in December led to a resumption of fortunes.

Three clean sheets in the club’s last four games saw West Ham secure their WSL status for another season with an eighth place finish and have started this campaign promisingly, with four points in their first three games.

The Hammers claimed their first home league victory since February 2020 on Sunday after beating Leicester City 4-0 and Konchesky wants the team to challenge for a place in the first half this season.

“We have to do better than last season,” he said.

“We know there are bigger clubs that have the money and want to invest more. But we are a unit here and a team that wants to stay together.

“We have it now and the team spirit is good. We don’t want to say we’ll be in the Champions League. We want to see where this takes us and if that means we’re towards the high end, that’s where we prefer to be. We don’t want to be near the bottom.

And Konchesky thinks Harder is the right manager to push them forward and up.

“It’s a bit full,” he continued. “He sometimes becomes excitable. He’s a passionate man, so he tries to pass his passion on to the girls and he brings that energy to every game in training. He’s an energetic man and he wants the best for these girls and he wants to be the best.

Despite some entertaining and close encounters, the start of the WSL season was marred by question marks surrounding the level of the referees after some high-profile errors.

This prompted England legend Kelly Smith to call for WSL officials to be appointed full-time in an effort to improve officiating standards and the former striker wasn’t the only one to criticize the officials.

Chelsea boss Emma Hayes has called for the introduction of VAR technology and the goal line to the WSL following the Blues’ loss to Arsenal after Gunners forward Beth Mead appeared to be offside in preparation for his second goal of the game.

However, while West Ham’s assistant Konchesky would love to see VAR technology and the goal line implemented in the WSL, he doesn’t think it should be introduced just yet.

“I think that only helps. We know that women’s football is gaining momentum, but it will be step by step, ”he concluded.

“With the money at this point at the moment, there are probably other things that they are using it with. Especially when we play [men’s] stadiums, I would like to think that we could then use the men’s VAR technology or the goal line technology. It must be a rule for all of us.

“I hope that someday it will be big enough that we can put these rules in place.”

You can listen to Women’s Football Weekly every Monday evening at 7 p.m., live on talkSPORT 2.