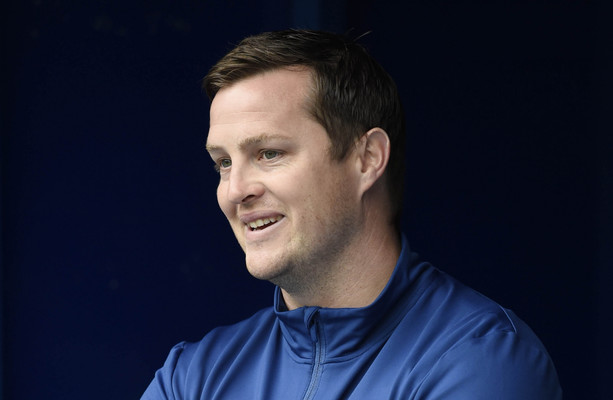 The Dubliner is Tim Clancy’s right-hand man; the former Drogheda United boss having taken over the reins of the FAI Cup champions earlier this month, following the departure of Stephen O’Donnell for Dundalk.

Daly, 38, had a playing career spanning nearly 20 years in England and Scotland, playing over 400 professional games and scoring over 100 goals for Stockport County, Hartlepool United, Dundee United and Rangers – to name a few. to name a few – while also an Irish U21 international.

He took his first steps in coaching in 2015; his first role as Hearts U20 boss, while also serving as the club’s caretaker first-team manager twice, in 2016 and 2017.

Daly, who earned his Uefa A license alongside Clancy and also holds a Uefa Pro licence, returns to Dublin from Finland, where he recently worked with TPS Turku as U23 boss and assistant manager of the first team.

“I am delighted to join the club,” he told the Saints official website. “I’ve known Tim for a long time since we played against each other in Scotland and got our coaching badges together. I’ve always kept an eye on his coaching career and his development and we stayed in touch.He did a fantastic job at Drogheda in his first management job.

The 38-year-old played over 400 professional games in the UK before taking up coaching with Hearts in 2015.

“It didn’t take too long for me to accept his offer to join me, it’s a really exciting opportunity for me and I’m really looking forward to it.

“I left at 15 and had a career in professional football, I was very lucky to experience that but now I have the opportunity to come back home and help the players of St. Pat’s.

“I’ve heard good things about the club, the first team and also the brilliant academy and the people involved.

“Tim had an excellent record at Drogheda United; of working with both experienced players, but also with younger ones. There’s nothing better as a supporter than seeing academy players develop and succeed in the first team, so I’m really looking forward to being involved.

Clancy added: “Jon has a lot of experience in professional football over the last 20 years as a player and a manager and I am very happy to welcome him to the club.

Get closer to the stories that matter with exclusive analysis, insight and debate in The42 Membership.

“We finished our UEFA A license together a few years ago, we have a very good relationship and would have similar opinions about football and how the game should be played.

“I am very happy to bring him into the club. Jon has worked at a high level for the past few years with Hearts at U20 and senior level, and recently worked in Finland. He will be a hugely important member of staff at coaches.