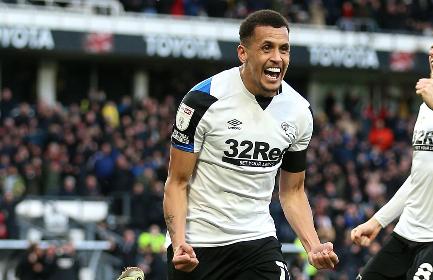 Former Manchester United midfielder Morrison scored in the 22nd minute with a sumptuous dink and again in the 47th minute – his first league goals since April 2014 – and hit the woodwork in Derby’s 2-0 win at Pride Park on Saturday.

Derby are currently six points from safety after being moored on 21 points – nine points after admitting breaches of English Football League accounting rules and another 12 for going into administration in September.

Morrison, 29, a former Manchester United player alongside current Derby manager Wayne Rooney, said: “I’m buzzing, buzzing to get back on the scoresheet, and that’s a huge three points for us and the club.

“I thought so [the first goal] was offside! That’s the only reason I dinked it! And then I looked at the linesman, and the flag was down, so that was a huge relief.

Rosenior said: “Ravel has always had the ability, but his work rate, not just in this game but in the last three he’s started, sums up what this team is about. They don’t give up. fight to the end.

“Obviously, Wayne [Rooney] knew Ravel since he was a young player at Manchester United, and when you see him in training every day, his ability is exceptional.

“He affects the game exactly where we want him to, which is in the final third, and we’ve been working really hard, showing him clips, having meetings with him to prepare him for that, and I think it’s a great step for him now.

“He really enjoys it, we demand commitment, we demand a work rate, and I’m not saying he never gave us that but, in terms of energy and pressure today, that makes you just as happy as the quality time he brings, and he was absolutely exceptional.

The management of Juventus, Allegri and Vlahovic: towards the bench with Sampdoria, heading towards the Champions League and the “card factor”