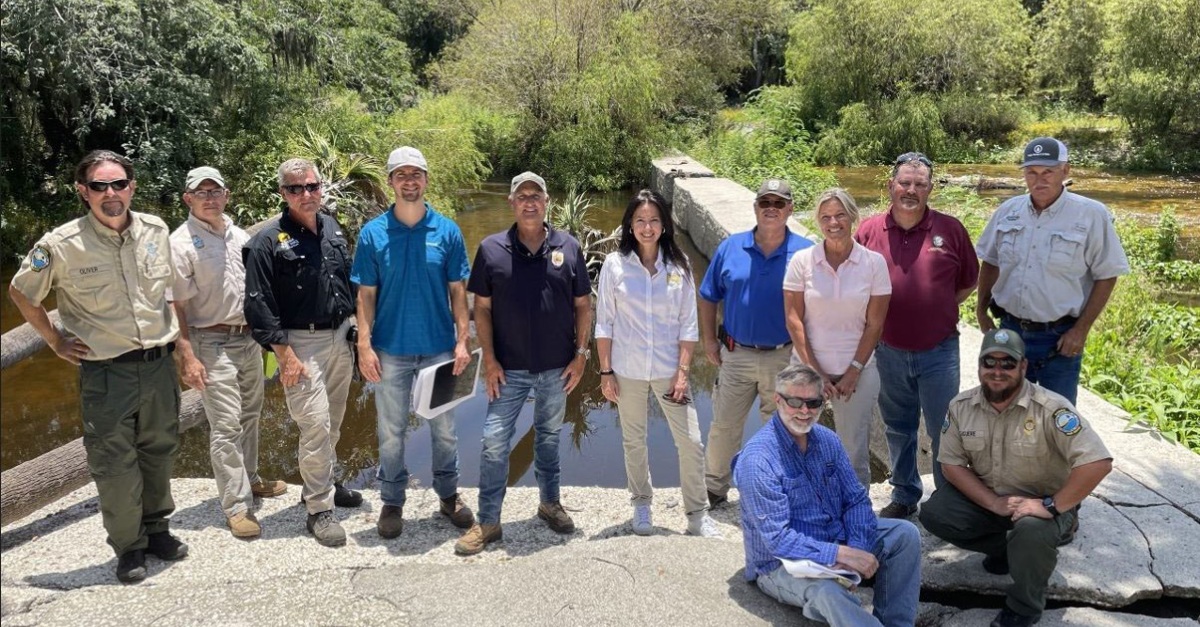 STUART, Florida. — The Department of the Interior’s Assistant Secretary for Fish and Wildlife and Parks Shannon Estenoz was in Florida last week to highlight President Biden’s bipartisan Infrastructure Act investments that will make it easier to remove barriers to fish passage and reopen access to miles of upstream habitat for fish and other animals. These efforts will support america the beautifula decade-long challenge to pursue a locally-led, voluntary national effort to conserve, connect and restore the lands, waters and wildlife on which we all depend.

Assistant Secretary Estenoz toured the Myakka River Down Dam Removal Project on Thursday to highlight a new $350,000 investment through the bipartisan Infrastructure Act that will open up about 58 river miles so fish can move freely in the waterway. The project is one of three Bipartisan Infrastructure Law River restoration projects in Florida, totaling $600,000. The Myakka River Down Dam Removal Project will benefit five federally listed mussels, Gulf sturgeon and Florida manatee. Outdated or poorly designed dams, culverts, stream crossings and dykes prevent fish and other aquatic species from moving freely to feed, migrate and reproduce. These challenges put fish populations at risk and compromise the health of rivers.

With a total of $200 million in investments in the National Fish Passage Program over the next five years, the bipartisan infrastructure act will bolster efforts to address outdated, dangerous dams, culverts, levees and other obstructions. that fragment our country’s rivers and streams, which will help restore fish passages and aquatic connectivity.

On Friday, Assistant Secretary Estenoz joined Environmental Protection Agency (EPA) Assistant Administrator for Water Radhika Fox on a visit to the Big Cypress National Preserve, where EPA staff national parks discussed the importance of restoring and protecting the Everglades, including the Western Everglades. Leaders participated in a “Walk in the Swamp” to learn about Preserve’s sensitive resources, including water quality, hydrology, habitat, air quality and cultural resources. Both the Department of the Interior and the EPA are represented on the congressional South Florida Ecosystem Restoration Task Force.

Assistant Secretary Estenoz and Assistant Administrator Fox also met with staff from the EPA, US Fish and Wildlife, and local Indian River Lagoon (IRL) leaders to discuss water quality, habitat restoration, mud removal, monitoring and research, citizen engagement and capital. construction. The health of the IRL has been declining for decades and reached an ecological tipping point following an unprecedented algal bloom in 2011. Since 2009 the IRL has experienced intense, recurrent and that have killed over 60,000 acres of seagrass beds (75% loss). Seagrass beds are the primary food for manatees, which have recently experienced high levels of starvation mortality. Despite decades of funding from multiple local governments and state and federal agencies, seagrass beds are currently at historic lows, leading to last winter’s manatee experimental feeding program.

Azerbaijani Foreign Minister and US Undersecretary of State discuss post-war…